NOTE: because the storage of the configuration in EEPROM is changed Arsigdec must be reconfigured after updating from version 2.

The ArLoco is a 16(UNO) or 58(MEGA2560) channel feed back encoder with LocoNet®.
It uses a special Arduino shield that includes 16 inputs for channels, a power supply for the Arduino and two RJ12 connectors for LocoNet.
On a MEGA the normal MEGA pins must be used for sensors 17-58. 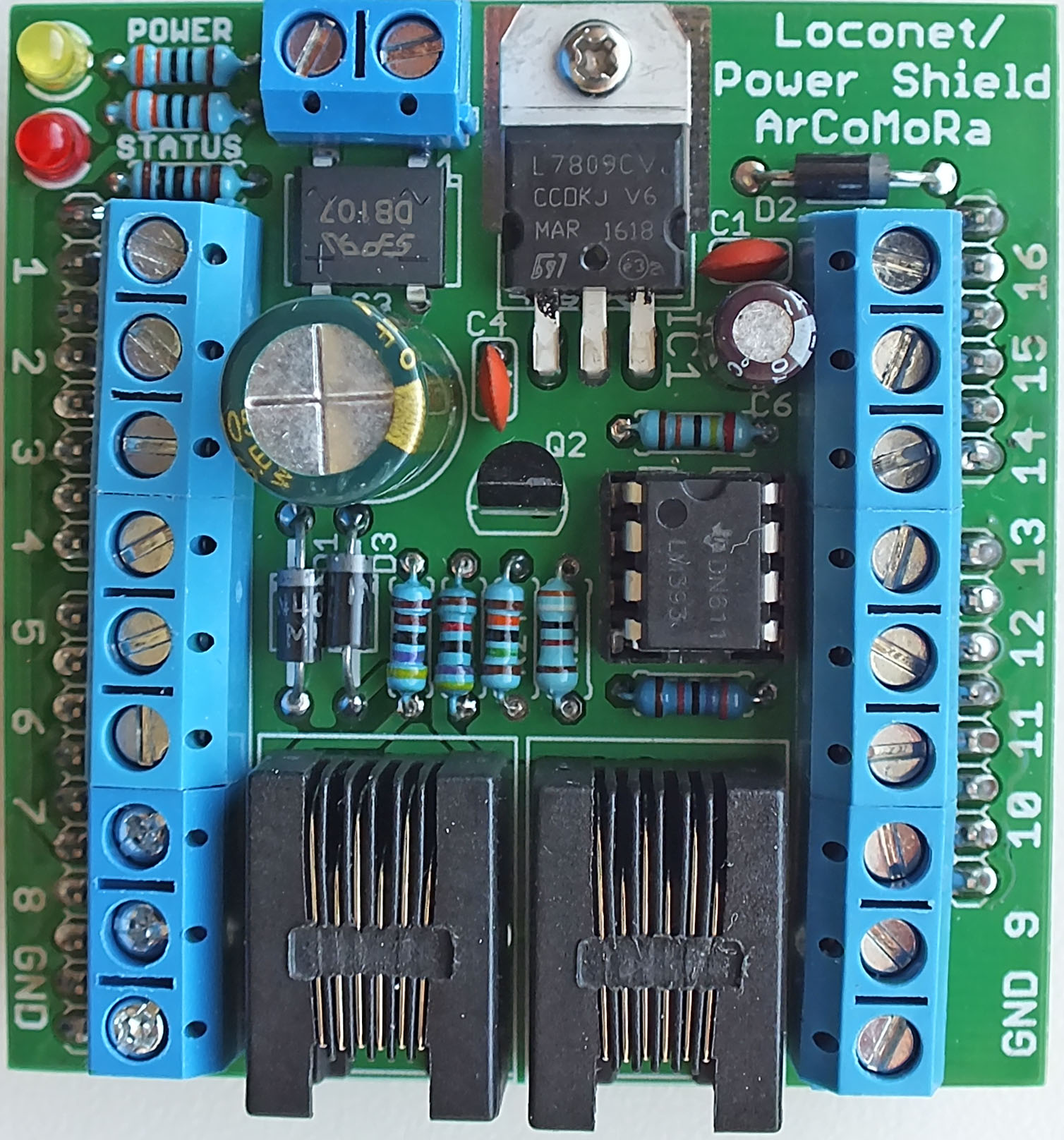 The ArLoco program has the following features:

What do you need?

You can order the Arloco shield and Okkie (print + components) here 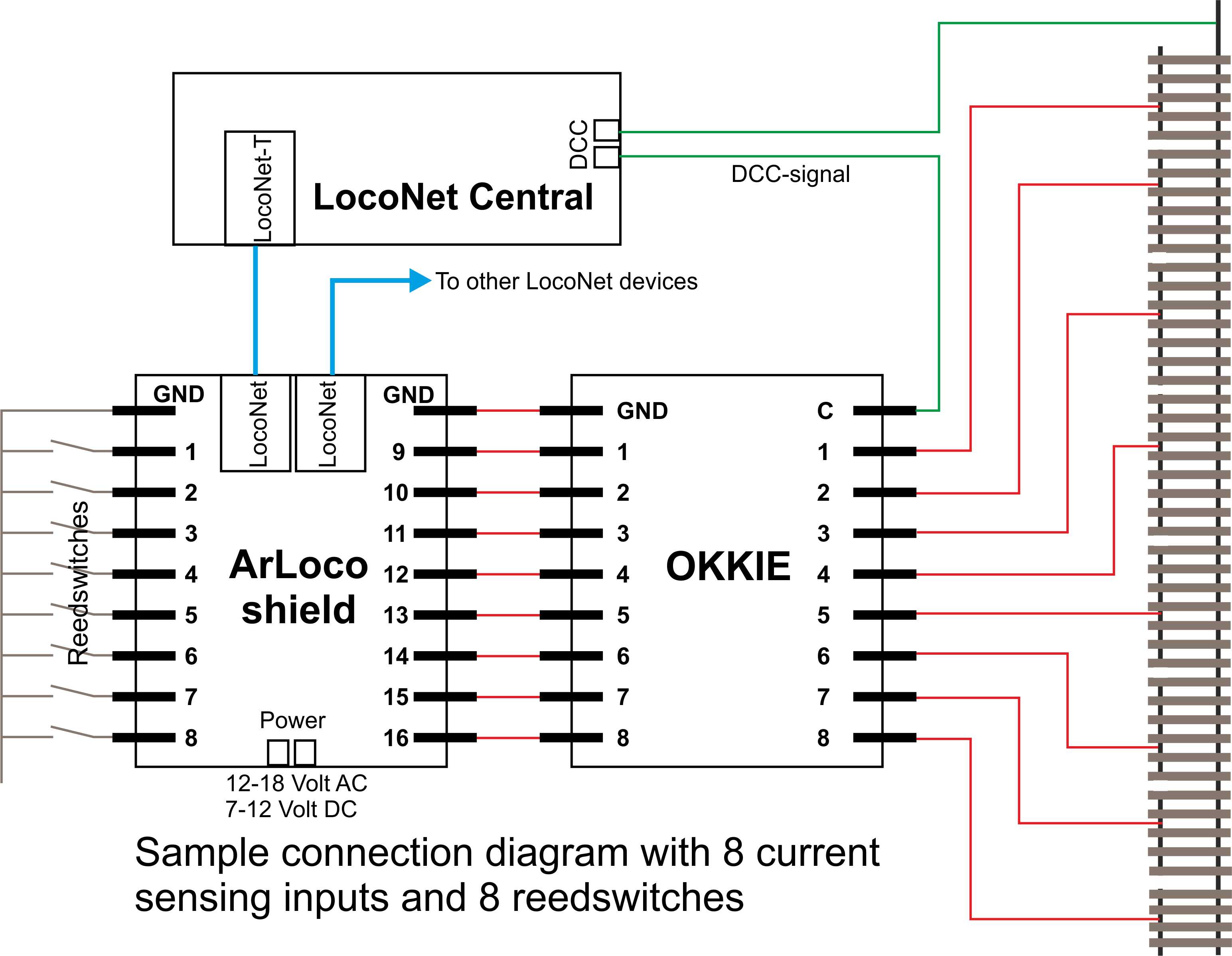